From user eWilliam on Reddit: “A friend went for a walk the other night and saw this woman just standing on a roof.”

‘Muppet of the sea’ can inflate its own body.

This unusual species of Gulper eel has the ability to engulf large amounts of water
both to help it hoover up smaller prey and to deter any would-be
predators by making itself look much larger than it actually is.

Thousands of mating spiders blanket a lagoon with a thick layer of webs. The lagoon in Aitoliko, Western Greece, is now shrouded in webs, burying vegetation in a mass of spider silk, filled with mating spiders and
their young. Photos by
Giaannis Giannokopoulos. 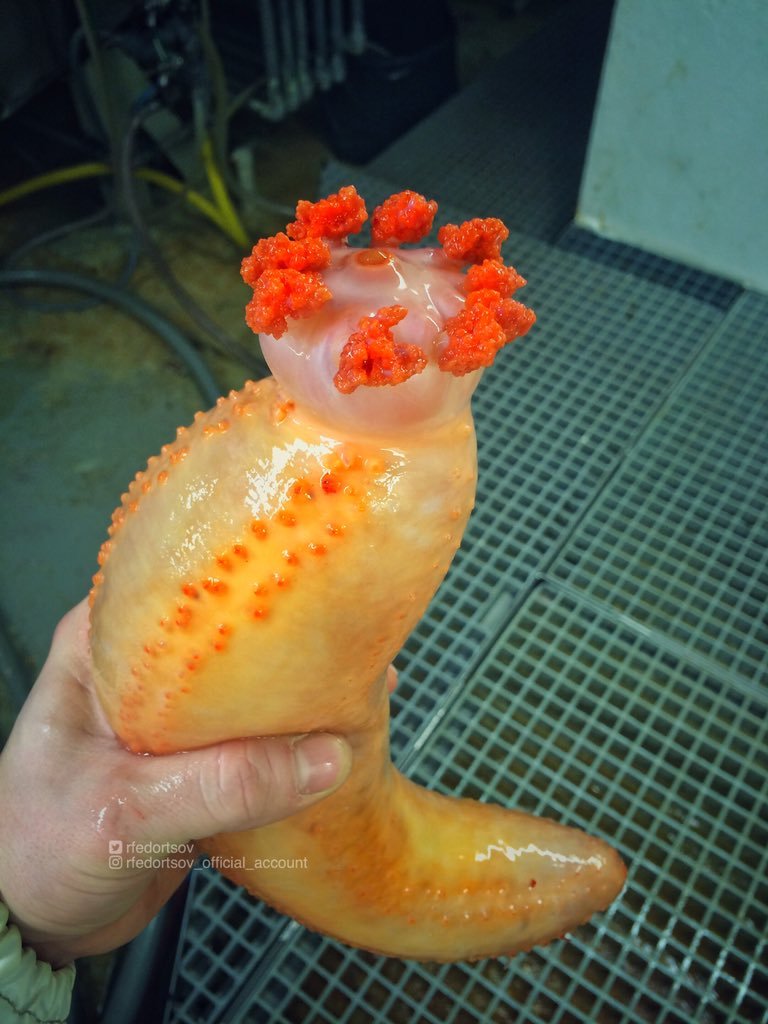 In many parts of the world birthmarks are believed related to the thoughts and actions of the mother. They are called voglie in Italian, antojos in Spanish, and wiham in Arabic, all of which translate to “wishes,” because of the assumption that birthmarks are caused by unsatisfied wishes of the mother during pregnancy.

For example, if a pregnant woman does not satisfy a sudden wish or craving for strawberries, it is said that the infant may bear a strawberry birthmark; if she desires wine and does not satisfy the wish, a port-wine stain birthmark may result; if the desire for coffee is not satisfied, café au lait spots my result.

In Dutch, birthmarks are called moedervlekken, in Danish modermærke and in German Muttermal (mother-spots) because it was thought that an infant inherited the marks solely from the mother. In Iranian folklore, it is said that a birthmark appears when the pregnant mother touches a part of her body during a solar eclipse. Some beliefs hinge on “maternal impressions” — birthmarks and birth defects appearing when an expectant mother sees something strange or experiences profound emotional shock or fear.

These are called sprites! They’re an
upper-atmospheric phenomena that occurs during thunderstorms, where
large lightning strikes can discharge some of their energy upwards
instead of down.

The Wonder Spot was a popular Wisconsin tourist attraction that was open from 1949 until 2006 before being demolished. It featured a small cabin at the edge of a ravine and was advertised as “a place where the normal rules of gravity do not apply”. Sure enough, if you were to travel to The Wonder Spot, you’d find it impossible to stand up straight. Water ran backwards and in strange, swirling motions and it was possible to balance chairs and tables on two legs. It was very difficult to walk properly, as you would be met with a strange weightless feeling, as if you were walking on the moon. This story is certainly freaky and there aren’t many definite explanations for this strange phenomena. Tour guides merely attributed the lack of gravity to igneous rock formations, which makes it even more fascinating. 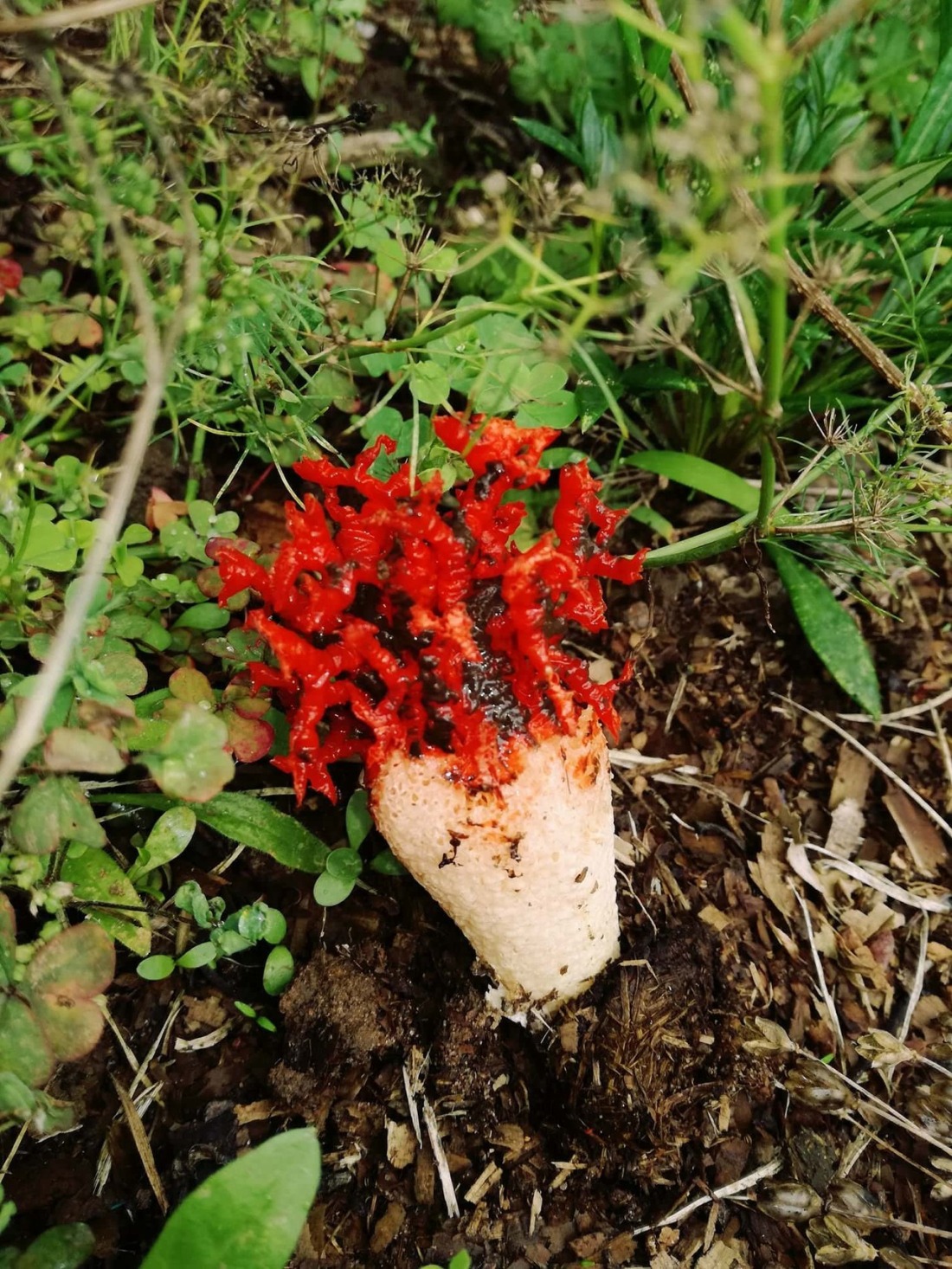 This strange little dude popped up in my garden last night (inland
Eastern Cape, South Africa). Looks like a stinkhorn, but no smell. Found here 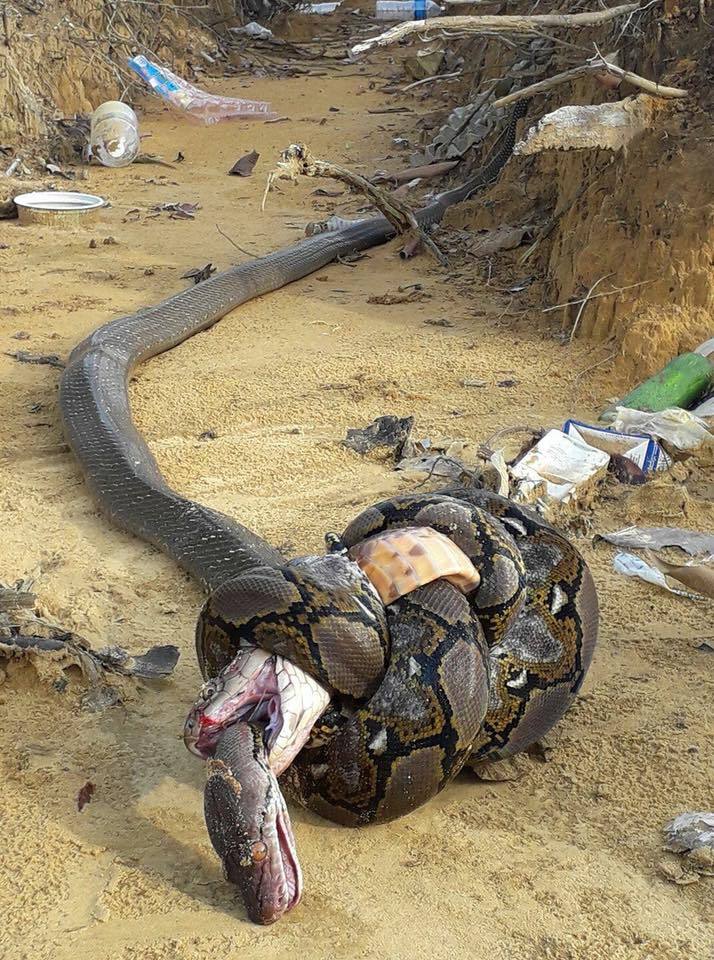 A King Cobra (the worlds longest venomous snake) has attempted to catch,
kill and eat this Reticulated Python (grows to be the longest snake in
the world) and has been coiled and strangled by the python and died in
the process. Both were dead when found.

Water springs out of the Mulberry tree at Dinoša, Montenegro.
For the
last two decades, during the spring floods, the water has been running
out of this old mulberry tree in a village of Dinoša in Montenegro.