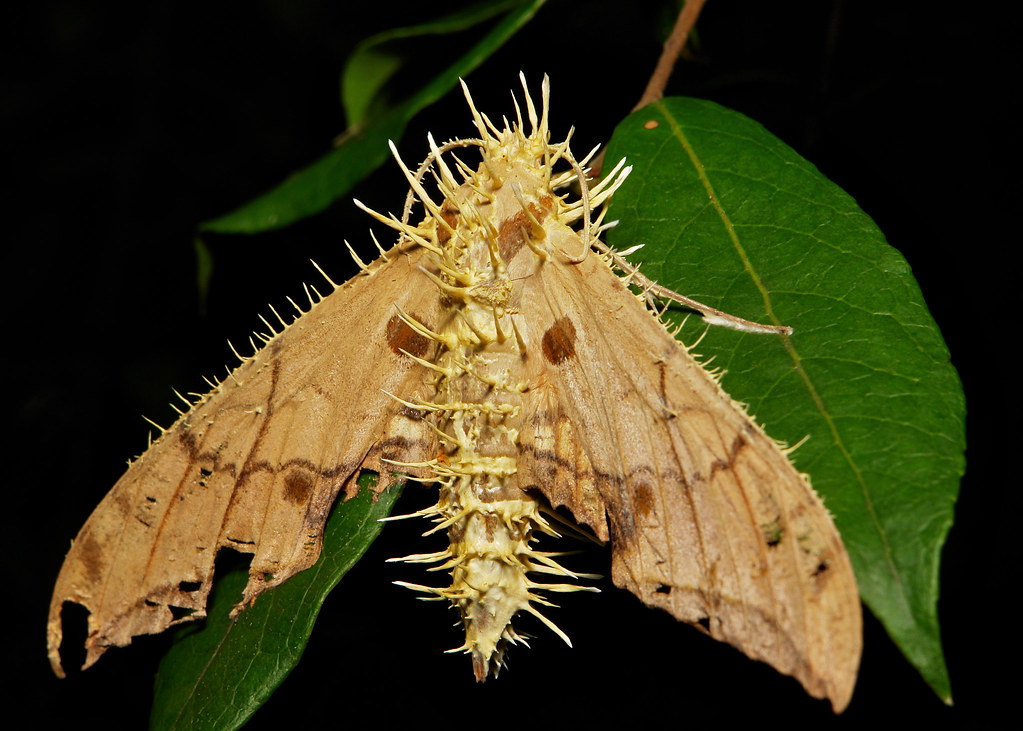 For Matjaz Kuntner, it was just another evening trek through southwestern China’s Yunnan rain forest—until his headlamp illuminated a strand of spider silk.

That’s not so surprising on its own. But what attracted the
arachnologist’s attention is the silk appeared to attach a leaf to a
tree branch. After looking closer, Kuntner realized one of these leaves
was actually a spider.

“If there’s a web, there’s a spider,” says Kuntner, of the
Smithsonian Institution and the Evolutionary Zoology Laboratory in
Slovenia.

The arachnid uses its silk to attach leaves to tree branches, and then hides among the branches, according to a new study in the Journal of Arachnology.
The researchers still aren’t sure why the spider does this, but they
believe it’s likely to hide from predators or sneak up on prey…

This Never Before Seen Spider Looks Like a Leaf

This moth has been parasitized and killed by a Cordyceps fungus. Pu’er, Yunnan, China. By John Horstman.